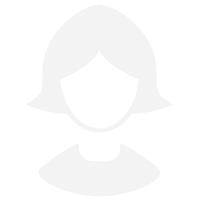 Having your home's plumbing system replaced or repaired can be expensive and time-consuming. Given this, it's worth taking steps to keep the system in good condition. Here are two ways to do this.

It's absolutely essential to have a plumber repair minor issues with your plumbing system promptly, as even a seemingly small problem could cause serious damage to the system if you fail to deal with it fast enough.

Let's say, for example, that your kitchen or bathroom sink starts to drain at a slower rate than it normally does. Because the sink is still functional, you may be tempted to ignore this issue. However,  slow-draining sinks are usually a sign a blockage in the pipes. If you don't have this blockage removed, it will almost certainly continue to grow in size, as more and more grease, hair and food particles seep into the drain.

A large blockage won't just affect the functionality of the sink; it could also cause an enormous amount of damage to your plumbing system. This is because the pressure big blockages place on pipes can often lead to them bursting open. If this should happen, you will not only have to have an emergency plumber replace the entire section of broken pipe, but you will also have to pay to repair the resulting water damage to your walls and floors.

A lot of homeowners routinely pour chemical drain cleaners into their plumbing systems, in order to dissolve any food, hair and solidified fat that might otherwise cause a blockage. These cleaners can be also used after a minor blockage has already developed. Some of the most common chemicals used for this purpose are caustic soda (which is very alkaline) or sulphuric acid (which is highly acidic).

The problem with using these potent chemicals on a regular basis is that they can actually erode the pipe fixtures to such an extent that the pipe walls become extremely thin and weak. This thinness can significantly increase the likelihood of the pipes developing holes which will allow water to seep out and damage the nearby flooring and walls.

Furthermore, some of these chemicals can actually create new blockages in the pipes; caustic soda, for instance, can harden inside a pipe if it is not rinsed away quickly enough. This can complicate the removal of the original blockage and result in a far more expensive bill from your plumber.

As such, these chemicals should only be used as a last resort, when all other methods of preventing and removing blockages have failed.